How to get headhunted for a senior public service role 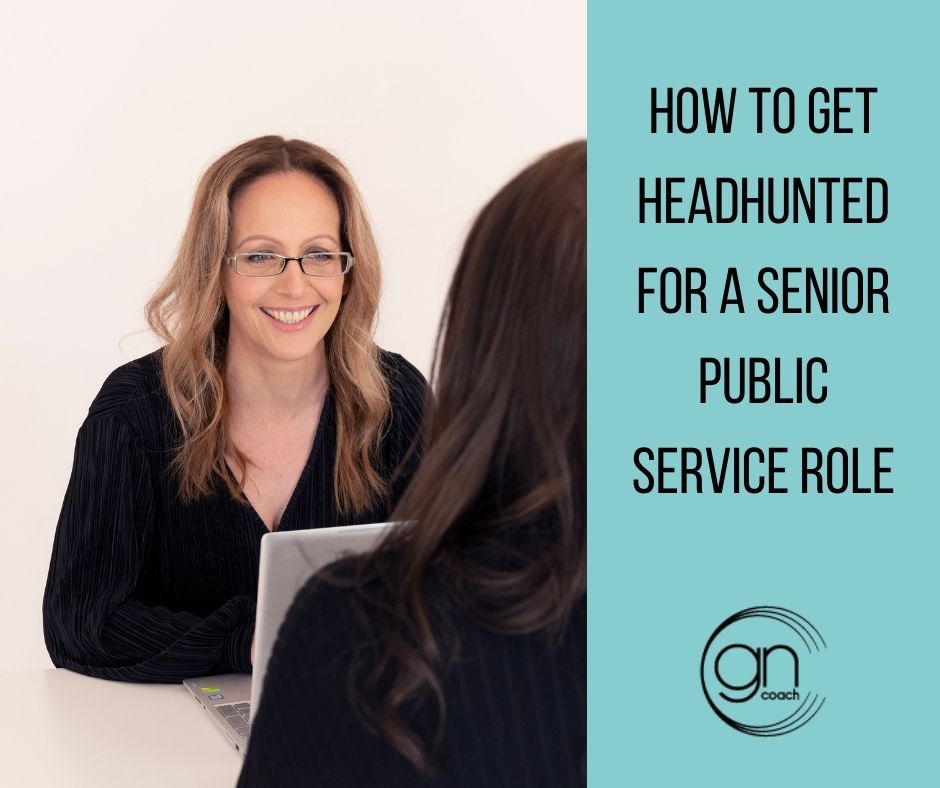 But let’s face it, everyone starts somewhere including public servants!

In this video, I reveal 4 tips on how to get tapped on the shoulder just like they do, and how you can get asked to apply for roles by hiring managers and recruiters.

I believe in you! And you can do it just like I did, and my clients did!

Watch the video below and hit “Subscribe” on my channel so you can receive all video updates! If you don’t like watching or listening to videos, you can also read the transcript below.

Athena Ali – The Get Noticed Coach

TRANSCRIPT – HOW TO GET HEADHUNTED FOR A SENIOR PUBLIC SERVICE ROLE

Government job application specialist. Today I wanted to talk to you about how

to get headhunted for a senior public service role.

Now, I guess some people say, who are you to advise us?

So I thought I’d quickly because some people

And it’s been a little while since I’ve introduced myself where I’ve come from.

And so I thought I’d do that today as well.

I guess I worked in the public service for over 13 years,

I also worked in the private sector as well, recruiting, being the person that hired

and fired, and in the public sector as well

I did a lot

I did the recruit, select selection

training, and also was on a lot of selection panels over my time.

successful at landing government roles or roles in general.

Even when I was in the private sector, I had this knack for knowing

because I had confidence I could help people and I knew what I could deliver.

So the reason I come to you with these

tips, and the reason I do what I do is because I want to share that with you.

And this is something everybody can learn.

So today’s topic on how to get headhunted for senior public service role.

So when I’m talking about “senior”,

I’m talking about roles that if your in Victoria, for example,

say from about VPS, four or five and upwards.

and up. In the Australian public service,

it’s usually around level six and above and in local government,

and I know that’s the case here

in Melbourne, it’s usually about a Band six or above.

in senior architect roles or management roles or director roles, or perhaps

So sort of starting with similar titles

like that, and they’re the people I usually serve and the best success for.

So sometimes people think that, you know,

because public service roles must be advertised and because

like you would in the private sector, because all roles need to be advertised.

Now, before I move on, I’ll explain the merit principle.

What I mean by that, because not everybody necessarily understand what that means.

But in a nutshell,

it basically means that everyone is given an opportunity to apply

selected for that role based on the selection criteria.

So everybody is assessed on the same

principles, the same criteria so that it’s a fair process.

Okay. Whereas in private sector roles,

well, some roles and a lot of roles in the private sector aren’t advertised.

People can if you know someone, if you

present at networking or something and somebody likes you,

they can just hire you without even having to advertise that role.

But in the government sector, they do have to advertise the role.

So how do you get headhunted for a public sector role

if you know, all roles have to be advertised.

Well, what you need to understand in the public sector is that you still can

be tapped on the shoulder to apply for a role.

So although the role still needs to be advertised,

unlike in the private sector, where they can bypass that process

altogether, you can still be tapped on the shoulder to get asked to apply for a role.

And it doesn’t mean that the process still doesn’t apply.

It still does. You still have to apply.

You still have to be interviewed.

You will still have to put in your job application documents.

But the difference is,

a good fit for a role and they’ve asked you to apply.

So it just makes it a lot easier for you when you get to interview stage.

So as long as you can back up what

that person saw in you, you will be able to land that role and you

that you’re the person that can solve their problem.

on the shoulder for a public service role and that’s firstly, you need to be seen.

Okay, you need to be visible.

People need to know who you are.

They need to know what you stand for and what you do.

If people don’t know you’re looking for your next role,

they’re not going to not even approach you or even think about you for the next role.

And sometimes it comes to people as

a surprise when you do apply, particularly if you’re an internal

I had that a lot when I applied for some secondments. People,

people thought that I was unhappy

it was just that I was ambitious and I wanted to move to the next thing.

that I didn’t like my boss and all sorts of gossip went around.

But when you let people know what your real ambitions are, what you stand for,

what you’re good at, what you can do, then when people hear about

opportunities, they will come to you if they think you’re a good fit for the role.

The second thing is, is that you really need to be influential

and magnetic, particularly at the senior level roles.

see your vision or follow you on your journey.

You need to be able to talk to frontline workers as well as the CEO.

So you need to have a wide variety of skills to be able to influence people.

Because roles at senior levels involve

a lot of negotiating and in influencing people to get them to do things,

because if you’re managing people or managing projects, you really need to be

able to communicate with people in a way that they will follow you.

Because if they don’t follow you, you’re not going to get your work done.

You’re not going to get your dream or your vision realised in your own role.

So the third thing is that you need to be a great negotiator.

Now you need to be negotiate with a wide

range of internal and external people.

negotiating project timelines, negotiating things with councillors or ministers or

So you really need to be, you know, a great negotiator in that.

you’ll be able to get things done because

you’re great at being able to negotiate with people.

field, because if you want people to tap you on the shoulder for a senior public

service role, you really need to be the expert.

When you’re the expert, everyone knows to come to you.

Now I know when I was in a lot of my roles, I used to always always get

lots of questions, particularly when I was in my admin roles.

I remember I used to always be the person

things about projects and timelines and all sorts of things like that.

And people came to me because they knew I

was the one in the office that was most likely to give them the answer.

And I had the expertise in that particular

field or in that particular thing at the time, and people would come to me.

area in your industry, people need to know about you.

They need to know you’re the expert.

If you’re the expert, you will become the only person available for that job.

And that’s how you can also get headhunted, because if people know you’re

and you are known to get projects over the line every single time,

and you’re excellent and negotiating with people to get projects over the line,

then people are going to want you on their team.

So when there’s an opening in another

Department or when there’s an opening in another

with consultants, maybe there’s opening at their company

they may want to poach you and they won’t

push you if they don’t think you’re the right person for the role.

a senior public service role. So they’re my short tips for today.

I don’t see at this stage any

comments, but that’s all good.

If you have any comments, if there are other questions you would

like to ask in the next couple of weeks, I’m going to be

get passed over by someone less qualified than you again.

So look out for that.

I will be sending out details sometime in the next week or so about that.

That won’t be a live.

So it won’t be broadcast on Facebook or in other locations.

It will be a private webinar.

So if you, when you see that,

please do sign up for that and it will be an opportunity for you,

There’s usually fewer people in it, and we have a Q and A session at the end,

so you can most certainly ask me some questions about that topic,

and never get passed over by someone less qualified again.

Because I know that that’s happened

to many people and I’d love to be able to help you navigate through that.

Now. I hope to see some of you there.

You’re ready to move your career up

role, and you think you’re you know, you might be in the private sector

you want to break into the publice sector

and you’re having a hard time getting rejected every time you apply.

Then please do book a chat with me.

I’ll pop a link down below, but in the meantime,

I hope you’re having a wonderful day. We’re still in lockdown here in Melbourne.

We are getting that beautiful spring

weather, so I will try and spend a little bit of time outside.

Please do get outside if you can.

And if you need any help just reach out, have a wonderful day.

See you next time. Bye. 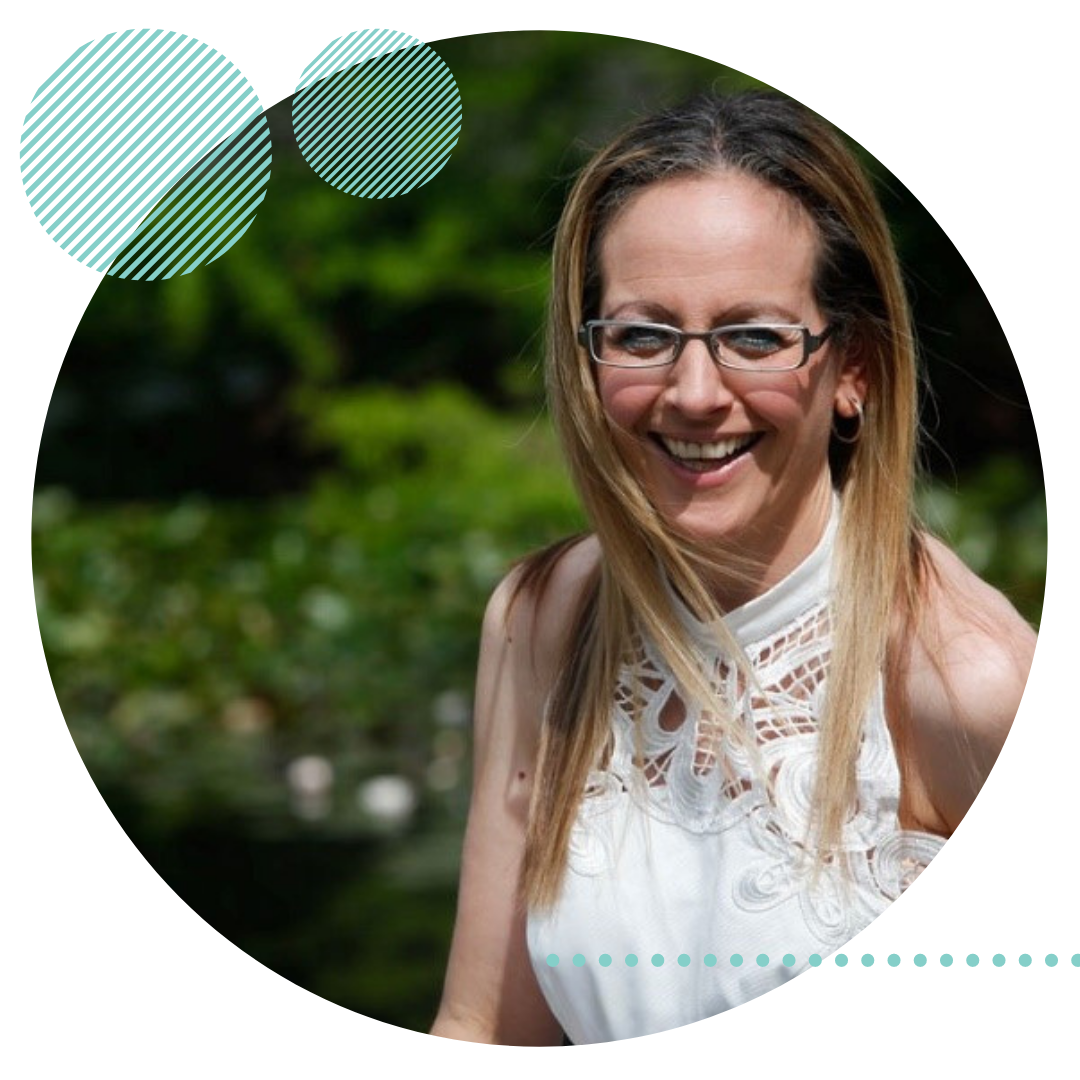 Hi, I’m Athena Ali the Founder of The Get Noticed Coach.

I help mid-career professionals and leaders get noticed, get hired, and get ahead in a public service career they love, increase their income, get flexibility, paid professional development and where they can make a difference to the community.