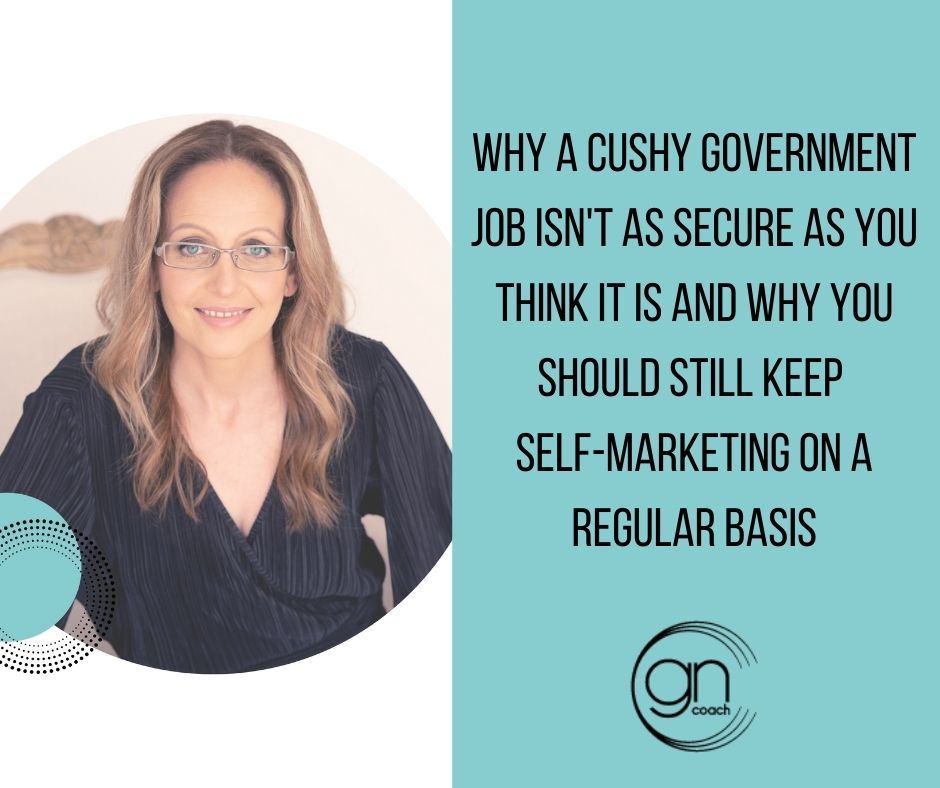 You think your government job is cushy and that you don’t need to continue self-marketing.

But when you go to grab that 6 figure promotion you want no one is listening to you and you don’t know how to break through the recruitment process to get noticed, get shortlisted and get hired!

Come along to this weekly live so we can chat about why it is still important to continue your self-marketing activities, what that really means and what you can do about it whilst you’re still working in a full-time public sector role.

Watch the video below and hit “Subscribe” on my channel so you can receive all video updates! If you don’t like watching or listening to videos, you can also read the transcript below.

Athena Ali – The Get Noticed Coach

Hello today we’re talking about why
a cushy government job isn’t as secure as
you think it is and why you should still
keep self-marketing on a regular basis.

Welcome to my live broadcast today.

Before I start, I want to do
an Acknowledgment to Country
so in the spirit of reconciliation,
I acknowledge our traditional custodians
of our country throughout Australia
and the connections to land,
sea and community.
And I pay respect to their elders,
past and present, and extend that respect
to all Aboriginal
and Torres Strait people today.

Thank you for being here.

Now in this weekly live,
let’s find out why a cushy government job
isn’t as secure as you think it is and why
as a public servant, you should still
keep self-marketing on a regular basis.

Now, you, as a public servant might think
that your government job is cushy
and that you don’t need
to continue self-marketing.

Maybe you don’t know what that is or what
I’m talking about, but perhaps when you’ve
gone for that next level promotion,
you feel that no one’s listening to you.

You don’t know how to break through
the recruitment process to get noticed,
to perhaps even get shortlisted or
even get hired after an interview.

So you may be stuck at a particular
point in the journey.

Now, I wanted to talk to you about why
it’s so important to continue self-marketing, even if you’re not looking
for a job at this point in time
and what that really means and what you
can do about it while you’re still working
full time in a public sector role already.

Well, marketing is generally the process
of promoting a product so people buy it
and also that people will
preference it over another product
and self-marketing is the same.

It’s pretty much the promotion of yourself
so that you have the ability to command
the jobs that you want and that you’re
the preferred candidate
when you do go for a role.

But they’re also more
likely to pay more for you.

It’s like, for example,
I’m just going to use the example
of the bricks that are sitting
outside my window at the moment.

We’ve just bought these really nice
looking bricks so that we can do a little
garden bed out the back.

Now, we had choices here to buy bricks
that were cheap,
that might only have a certain amount
of warranty, but there were heaps of those
types of brands out there,
really cheap bricks.

Then there were the beautiful
Australian made branded brick
that we have used before.

We know other people
who have used them before.

So therefore, we know, we like,
we trust that those bricks are going
to last for the lifetime of this house
because that was our requirement.

That was the outcome we wanted.

It’s the same with you.

When people don’t know you,
you tend to blend in with everybody else.

Your applications look the same when you
go to talk to them at an interview,
you all sound the same.

The people that tend to stand out
tend to be the ones that, particularly
with leadership positions I’m talking
about here, the ones that stand out are
the ones that are already,
potentially more well-known around
the industry or have a particular
expertise or niche that they’re known
for when it comes to leadership.

So therefore,
when specific types of positions become
available,
they actually get sought after, they actually
get tapped on the shoulder to apply.

Then when they apply,
they also don’t have any issues
negotiating their packages,
because if they know they’re the only one
of their type out there, well, guess what?

They can almost, within reason,
ask for what they want.

And it may not just be money,
it could be some sort of flexibility
or some other package that they’ll get.

So what’s super important is that
just because you’re in a job
already doesn’t mean it’s secure.

The only way you are able to secure
getting to your next level role is
by marketing yourself all the time.

And I’m not talking every second
of the day, but you need to be aware
that in order to progress your career,
to be taken seriously for that next level
role, you actually need to continue
to self-promote yourself.

Because, as I said, people are happy to pay more
for products, services or people who are
experts in their field when they’re
unique, when they’re different
from the last person they just saw.

So if you can prove to me with certainty
that you’re the best at what you do
and you can do that in your marketing
documents, which is your resume,
key selection criteria or cover letter,
and that you can solve my problem and you
do that really well in an interview,
really confidently and with certainty,
you’re going to become my no-brainer next hire.

And don’t assume because you currently get
along with your boss now that things will
be roses when you come to ask
for a promotion or for that next level job
because you might get along with them,
but they might not see your
value or your capabilities.
Or you might go on leave, for example,
you might go on maternity leave like I did
and when you come back,
things have changed, especially
if you’ve been gone for a while.

It might be your boss has changed,
your last boss may have left,
or your team has changed,
and all of a sudden that environment
becomes different to you and you haven’t
got the same people there who may vouch
for you if you go for a promotion.

Or maybe that environment suddenly becomes
toxic because you have a new boss or
someone’s been undermining you
while you have been on leave.

Okay, you’ll either be made redundant,
or maybe you’ll get shuffled off to some
other Department you don’t know anything
about or you really don’t want
to or happy where you were.

Maybe you stay in that environment
and then you start resenting
that toxic workplace.

And then what happens is you get anxious,
your confidence wanes because you start
to think that it’s you that you can’t get
a promotion because there’s
something wrong with you.

And if you are not self-marketing,
all these scenarios can happen.

Or maybe they are happening to you now
and you’re wondering why you’re not
getting a promotion or why
you are not being seen.

And it’s because you’re not self-marketing
enough and it’s not something
you do as a one-off.

It’s something that’s continuous
that you do throughout your career
and particularly if you want to get
a promotion to higher-level positions.

The people who get further
are always self-promoting.

You will always see them making sure
everybody knows what they do,
where they want to go.

And if you are not that person,
you won’t get recognised at the time
that you want to be recognised
and you want to move forward.
But if you are self promoting,
even if you don’t get through in your own
Department, you might get snapped up
by somebody else in another Department.

You might get tapped on the shoulder
by a recruiter in the public sector.

But if they know you and they know your
expertise, they’re more likely to want
to hire you, bring you in for an interview to confirm
what’s in your documents
when you submit them.

So don’t assume it’s all roses and great
security in the public sector when
you’re trying to get a promotion.

Many have had to alter their career
trajectory because they
took it for granted
they were not going to have that problem.

So just think about what you could do
today in terms of your self-marketing
that might be to get yourself out there
to talk to more people,
to network, to join associations.

There might be lots of things that you can
do to self-market yourself
and make sure that people know
what you’re an expert at in your role
or what you want to be known for.

Now if you’re unrecognised,
undervalued or invisible and you’re
currently trying to apply for a promotion
and you haven’t been able to move out
of your role into another
role, into another Department or within
your own Department and you haven’t been
able to do so for some time then maybe
it’s time for you to think about how
you’re going to invest in your
future career and income.

I’ve got two spots left in my “Get Visible
Get Promoted” program this month so do
get in touch with me if you’d like to know
more on how I can
help you with becoming the only choice
for the job and actually getting
hired.

Now have a great day that’s the end of my live broadcast.

I hope you’ve enjoyed this live and if you’d
like to have a chat with me just pop a “yes
please” down below or DM me and I’ll be
happy to give you a link to book a chat
with me and I’ll see you next week.

Athena Ali The Get Noticed Coach

Ready to land a public service career with these 6 simple steps?

Enter your name and email address for access now >>> 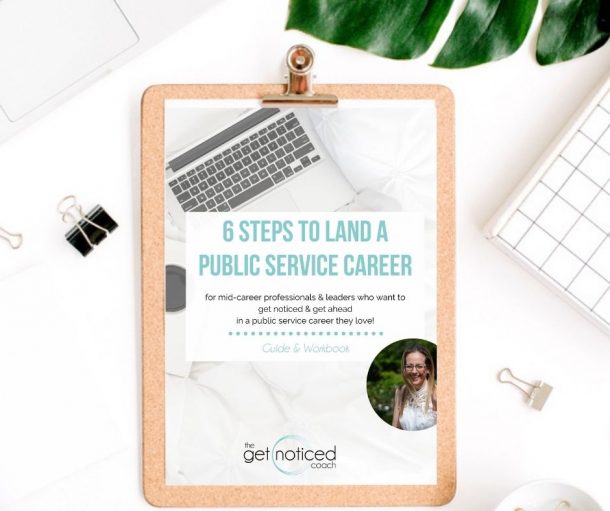 Success! Your eBook is being delivered to your inbox now!

We won't sell your personal information. 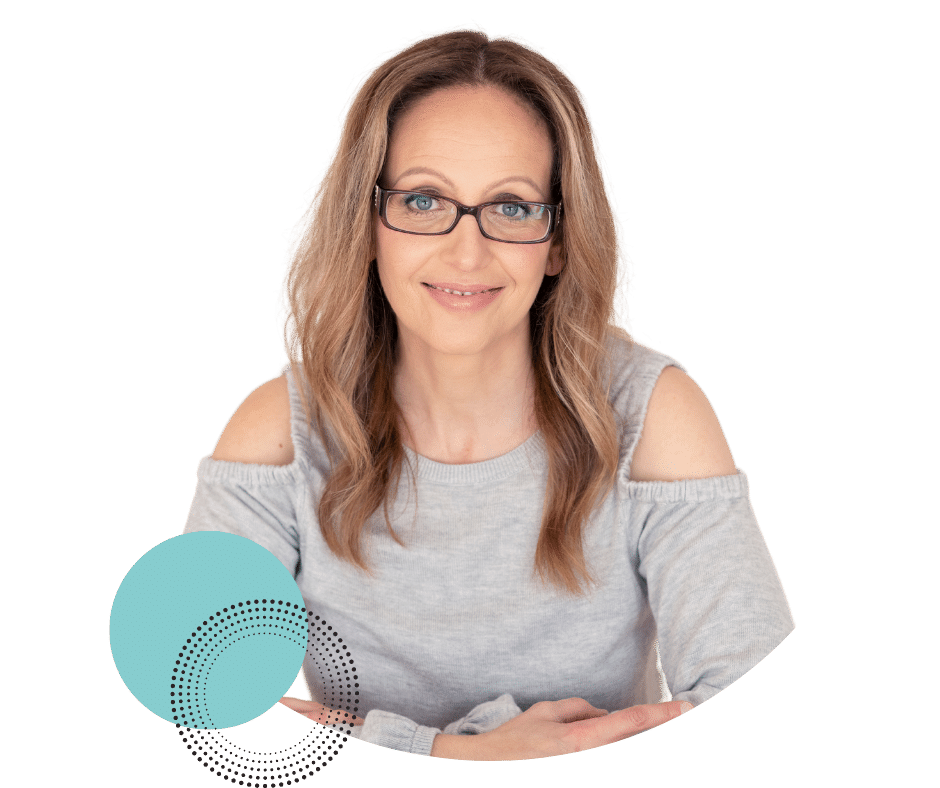 Hi, I’m Athena Ali the Founder of The Get Noticed Coach.

I help public servants and aspiring public servants get noticed, get hired, and get ahead in a 6 figure public sector job they love, increase their income, get flexibility, paid professional development and where they can make a difference to the community.